Kisan Mitra Farm Advisory is an attempt to provide farm advisories in local language, based on the local observations with solutions using local resources. The detailed process of how the local weather, pest and disease surveillance is taken up is given here

The advisories are given twice a week through posters, SMS in telugu and Voice message in telugu. This week Advisory can be accessed here

Photographs from the occasion 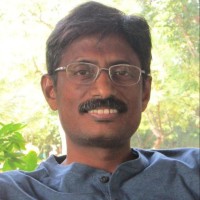