Government of AP has set up Andhra Pradesh General Insurance Corp #APGICL (100% Govt stake) for providing insurance to farmers. It will further extend its services to other insurance sectors.

How pesticide use data are manipulated-a case of AP

These are two tables from the socio economic survey reports of AP from 2010-11 and 2011-12 which explains what public institutions do to support their claims. The
first table shows reduction in pesticide use significantly from 2005-06 reaching almost half by 2010. thats’ the period when the Non Pesticidal Management Program was implemented in the state. of course area under Bt cotton and shift from low volume pesticides to high volume pesticides also helped for this reduction. all the socio economic survey reports till 2010 showed the same trend and also the data on plant protection and quarantine system also is changed.

interestingly they changed the data with retrospective effect

🙂 the jump is significant and it is 800% in one year and no one cared to explain why there was a change in data or for that matter why there is such a huge jump.
http://envis.tropmet.res.in/DR/Agriculture/Consumption_Pesticides_2013_1.htm
you can check for yourself the socio economic survey reports here
apeconomicsurvey2010-11english
2011-12 socio economic survey agril
this was mainly to say that agril cannot be done without pesticides.
i have my theory..but want to listen to others…. 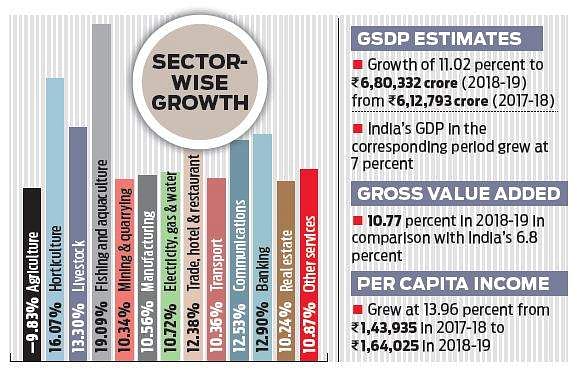 190701 AP State Agricultural Mission
AP government set up State Agricultural Mission with an objective to have better coordination among the
allied sectors, as a Policy advisory body. The aim of the Mission is to overcome the challenges in delivering quality and timely services to the farming community and also look into all aspects of production, marketing
and pricing of Agriculture and Horticultural commodities to mitigate the agrarian issues.
The Agriculture Mission shall guide the Agricultural Institutions and the farming community on regular basis. Its basic objective is to provide a policy level platform that works towards providing resilience among farmers and
their empowerment.

Andhra Pradesh Legislative Assembly today passed a bill aiming to regulate the private money lending business.
The act provides that money lending cannot be done without a license, and the government may, from time to time, specify the maximum rate of interest chargeable by money lenders for any local area.
As per the act, accounts of money lenders shall be audited at least once a year and punishment for charging a rate of interest higher than that shown in the account is up to one year and may extend up to three years.
2017 AP Farmers management of irrigation systems L A Bill No 21

The real cost of credit constraints: Evidence from micro-finance

In December 2010, the Indian state of Andhra Pradesh passed a law that severely restricted the operations of micro-finance institutions and brought the micro-finance industry to an abrupt halt. We measure the impact of micro-credit withdrawal in this unique natural experiment and find that average household expenditure dropped by 19 percent relative to a control group after the ban. The largest decrease was observed in expenditure on food. There is some evidence of higher volatility in consumption after the ban. All households were affected and not just the borrower households, which may suggest general equilibrium effects.
http://www.igidr.ac.in/pdf/publication/WP-2013-013.pdf

National Crime Records Bureau Report-2012 shows increasing agrarian crisis in Andhra Pradesh and Maharashtra
The latest report of National Crime Records Bureau (NCRB) shows that the total farmers suicides recorded during the year 2012 were 2,84,694 in the last eighteen years. NCRB started documenting the ‘Farmers Suicides’ as a separate category under self employed from 1995 onwards.
Four states Andhra Pradesh, Maharashtra, Karnataka and Madhya Pradesh which are predominantly growing cotton in rainfed conditions records 68% of the farmers’ suicides. The two major states Maharashtra and Andhra Pradesh have shown increase of 13% and 17% respectively compared over last year and together account for 46% of the total farmers’ suicides.