Why India does not have enough water to drink

Why India does not have enough water to drink

A Niti Aayog report released last year predicts Day Zero for 21 Indian cities by next year. Day Zero refers to the day when a place is likely to have no drinking water of its own. 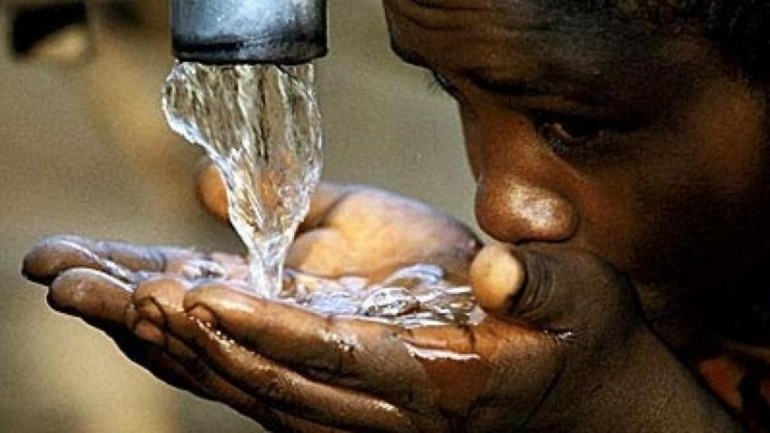 About half of India is facing drinking water crisis with Chennai and Bengaluru bearing the brunt as monsoon got delayed and arrived without a brimming bucket. A Niti Aayog report released last year predicts Day Zero for 21 Indian cities by next year. Day Zero refers to the day when a place is likely to have no drinking water of its own.
According to the Niti Aayog’s Composite Water Management Index (CWMI), Bengaluru, Chennai, Delhi and Hyderabad are among the most susceptible. The government has created a new Jal Shakti ministry to deal with drinking water crisis.

But why a water-surplus country is facing water crisis today?
Over-exploitation of groundwater
India is the biggest user of groundwater. It extracts more groundwater than China and the US the next two biggest pullers of groundwater – combined. Groundwater meets more than half of total requirement of clean water in the country.
In 2015, the standing committee on water resources found that groundwater forms the largest share of India’s agriculture and drinking water supply.
About 89 per cent of groundwater extracted in India is used for irrigation making it the highest category user in the country. Household use comes second with 9 per cent share of the extracted groundwater followed by industry that uses only two per cent of it.
Overall, 50 per cent of urban water requirement and 85 per cent of rural domestic water need are fulfilled by groundwater.
This kind of use has caused a reduction in groundwater levels in India by 61 per cent between 2007 and 2017, according to report by Central Ground Water Board (CGWB), presented in the Lok Sabha last year.
The report prepared under the ministry of water resources cited rising population, rapid urbanisation, industrialisation and inadequate rainfall as reasons for sharp decline in groundwater volume in the country.
According to another study by a team from the Indian Institute of Technology (IIT) Kharagpur, and Athabasca University of Canada, Indians use an estimated 230 km3 of groundwater per year – over a quarter of the global total.
Based on their study of 3,907 wells across states, they found that northern India lost more groundwater than eastern parts during 2005-13 (8.5 km3/year to 5 km3/year).
Unequal distribution and availability
It is estimated that while 81 per cent of all households have access to 40 litres of water per day through some source, about 18 to 20 per cent of rural households in India have connections for piped water supply. This has created mismatch in water availability and supply.
According to the Composite Water Management Index of the Niti Aayog, 75 per cent of households do not have drinking water on premise and about 84 per cent rural households do not have piped water access.
Water is not properly distributed where it is supplied through pipes. Mega cities like Delhi and Mumbai get more that than the standard municipal water norm of 150 litres per capita per day (LPCD) while others get 40-50 LPCD.
The World Health Organisation prescribes 25 litres of water for one person a day to meet all basic hygiene and food needs. Extra available water, according to the WHO estimates, is used for non-potable purposes like mopping and cleaning.
Jal Shakti ministry mandated to deal with water issues including drinking water availability with a holistic and integrated approach. It has already set an ambitious task to provide piped water connections to every household in India by 2024. This is likely to regulate drinking water usage.
It will have another challenge, however, to plug leakage of piped water in urban areas. It is estimated that around 40 per cent of piped water in India is lost to leakage.
Wastage of water
Arithmetically, India is still water surplus and receives enough annual rainfall to meet the need of over one billion plus people. According to the Central Water Commission, India needs a maximum of 3,000 billion cubic metres of water a year while it receives 4,000 billion cubic metres of rain.
But the problem is India captures only eight per cent of its annual rainfall – among the lowest in the world. The traditional modes of water capturing in ponds have been lost to the demands of rising population and liberal implementation of town planning rules.
India has been also poor in treatment and re-use of household wastewater. About 80 per cent of the water reaching households in India are drained out as waste flow through sewage to pollute other water bodies including rivers and also land.
On the other side of the spectrum is Israel, a country that is located in desert and has learnt to deal with water crisis situation.
Israel treats 100 per cent of its used water and recycles 94 per cent of it back to households. More than half of irrigation in Israel is done using reused water.
Law regulating groundwater
It is a curious case but the Easement Act of 1882 that gives every landowner the right to collect and dispose groundwater and surface water within his/her own limits is still in operation. This law makes regulation of water usage by a person on his/her land.
Further, water falls under state list of the Constitution meaning only the state governments can frame a regulatory law. In 2011, the central government published a Model Bill for ground water management for the states.
But not all the states have passed a matching legislation which endorses the doctrine that resources meant for public use cannot be converted into private ownership.
And, finally, loss of wetlands, water bodies
Almost every single city and village in the country has lost its wetlands, water bodies and even rivers to encroachment to meet the needs of rising population.
Chennai that is facing acute water shortage had nearly two dozen water bodies and wetlands but most of them are out of use today. A recent assessment found that only nine of them could be reclaimed as water bodies.
A survey by the Wildlife Institute of India reveals that the country has lost 70 80 per cent of fresh water marshes and lakes in the Gangetic flood plains, the biggest river plain the in the country.
The Standing Committee on Water Resources, which submitted its report to Parliament in December 2015, found that while 92 per cent of the districts in the country had safe level of groundwater development in 1995, it came down to 71 per cent in 2011.
On the other hand, the percentage of districts with overexploited state of groundwater level increased from 3 in 1995 to 15 in 2011. The water security has only worsened since then.